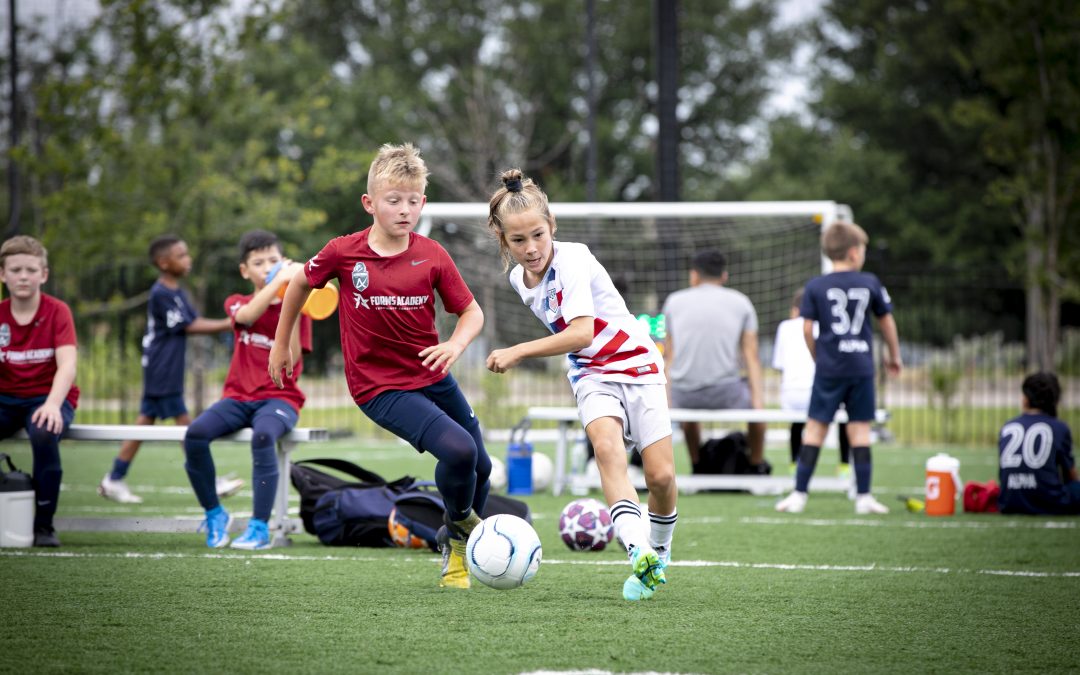 Six is the maximum number of players on a team; three field players and three substitutes. A match may start if either team has a minimum of 2 players Players may only play on one team per division. There are no goalkeepers.

Games: 26 minutes, two 12 minute halves, 2 minutes halftime, OR the first team to reach 10 goal differential, whichever comes first. Games tied after regulation play shall end in a tie, except in the playoffs. There are no timeouts. — A team, at the discretion of the referee, will forfeit at game time if they are not present.

Games will be scored according to the following: 3 points for a win; 1 point for a tie; 0 points for a loss. A forfeited game is scored as a 3-0 win for the team present.

If teams tie in points, the division or pool winner will be determined by:

The winner shall be decided by a shootout. The three players from each team remaining on the field at the end of a tied playoff game will enter a rotation of penalty kicks alternating teams with each kick, with the higher scoring team winning after the first round. If the score remains tied after the first round of penalty kicks, the same 3 players will alternate in the same order in a sudden death penalty kick format until one team scores unanswered.

All fouls are penalized with an Indirect Free Kick – except for Penalty Kicks which are Direct.

Hand Ball Clarification
Deliberate handling of the ball that denies the opposing team a goal or an obvious goalscoring opportunity will result in the following: a penalty kick will be awarded & the player committing the foul will be sent off and shown a red card (at referee’s discretion).

Cautioned Players (Yellow Card)
Players that receive two yellow cards in one game will result in a red card.

Player Ejection (Red Card)
The team may then continue with their remaining two, three, or four players, however, if the player receiving the red card was on the field of play, the team must complete the entire game a player short. The player receiving the red card will automatically be suspended for their next game (no exceptions). Players that are red-carded need to leave the immediate playing area, including the fan and team areas. If a player is red-carded for fighting, they will be ejected from the tournament and banned from the facility for the duration of the event.

Delay of Game
Any player may be cautioned with a yellow card if it is deemed by the referee that the player is intentionally wasting time. eg: if a player intentionally kicks the ball long distances away from the playing field in order to waste time.

Penalty Kicks
Shall be awarded if, in the referee’s opinion, a scoring opportunity was nullified by an infraction (the infraction does not automatically result in a red card). It is a direct kick taken from the center of the midfield line with all players behind the midfield line and the player taking the kick. This is a “dead-ball” kick. If a goal is not scored, the defense obtains possession with a goal kick.

Substitutions may be made at any dead-ball situation, regardless of possession.

Kick-Ins
The ball shall be kicked into play from the sideline. The ball is considered in play when the ball is touched with a foot and moves one full rotation.

Indirect Kicks
All dead-ball kicks (kick-ins, free kicks, kickoffs) are indirect with the exception of corner and penalty kicks.

Goal Kicks
May be taken from any point on the end line. Kick-Off: May be taken in any direction.

In all dead-ball situations, defending players must stand at least three yards away from the ball.

Good sportsmanship is to prevail at all times. Coaches will be held responsible for the conduct of themselves, the players, players’ parents, and spectators.

Games may be postponed if there is a thunderstorm, strong rain, or if the temperature feels below 30 degrees.