Get your best three friends or teammates together for City Futsal 3v3 Soccer Tournaments! More touches, more moves, and a lot more goals! City Futsal Sports Park is your small-sided soccer destination! In 3v3 soccer, you are always involved in the action. Fewer players on the field and bench mean more opportunities for you to get plenty of touches on the ball.

How Many Players Can I Have On My Roster?

You can have a maximum number of six players on your team; three field players and three substitutes. Matches will start if either team has a minimum of 2 players. Players can only play on one team per division. There are no goalkeepers in the 3v3 soccer tournaments.

Games are 26 minutes long, two 12 minute halves, 2 minutes of halftime, OR the first team to reach ten goal differential, whichever comes first. Games tied after regulation play shall end in a tie, except in the playoffs. There are no timeouts in the 3v3 soccer tournaments. 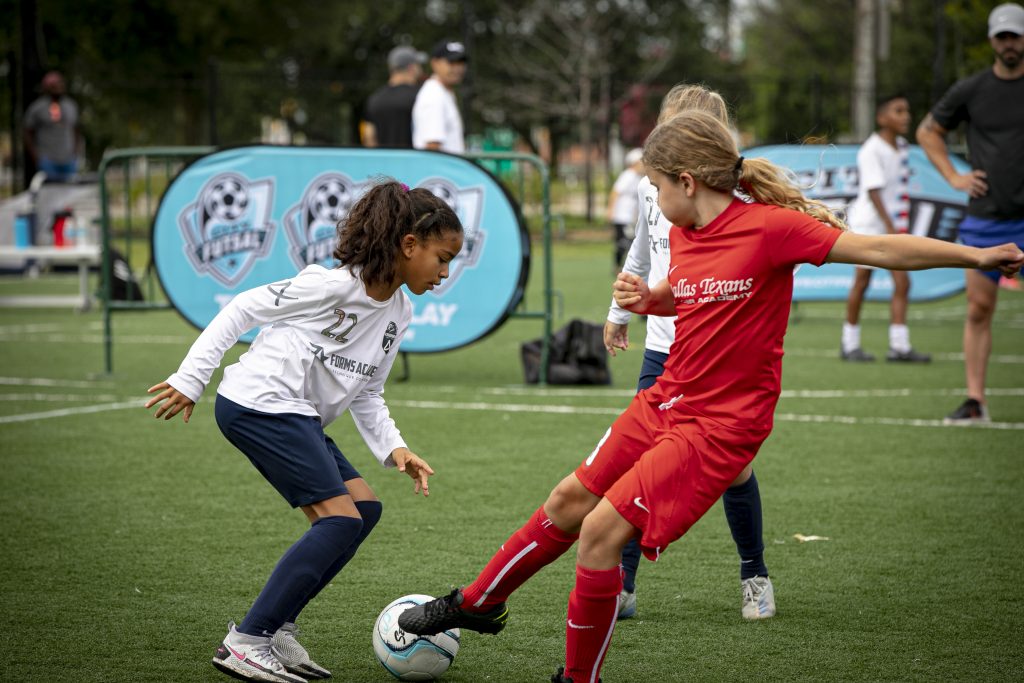