The Adult Soccer Leagues are 5v5 (4 + goalie), so you are always involved in the action. Fewer players on the field and bench means more opportunities for you to get plenty of touches on the ball! Twelve players max can be suited to play in a game.

New to the Dallas Adult Soccer scene? Sign up as a Free Agent to be placed on a team!

Teams are strongly urged to enter into the proper level of competition.

Open Competitive – For highly-skilled, competitive teams/individuals, best suited for teams/players who have played soccer at an organized level for many years and are interested in a more intense game. (18 and older, any gender)

Open Intermediate – Best suited for players with some experience in organized soccer or not interested in a highly intense game (18 and older, any gender)

COED Competitive & Intermediate – For players who want to play in a coed setting, and same differentiation as between Open Competitive and Open Intermediate (18 and older, minimum of two female players on the field at all times)

Dallas adult soccer scene, see you on the pitch! 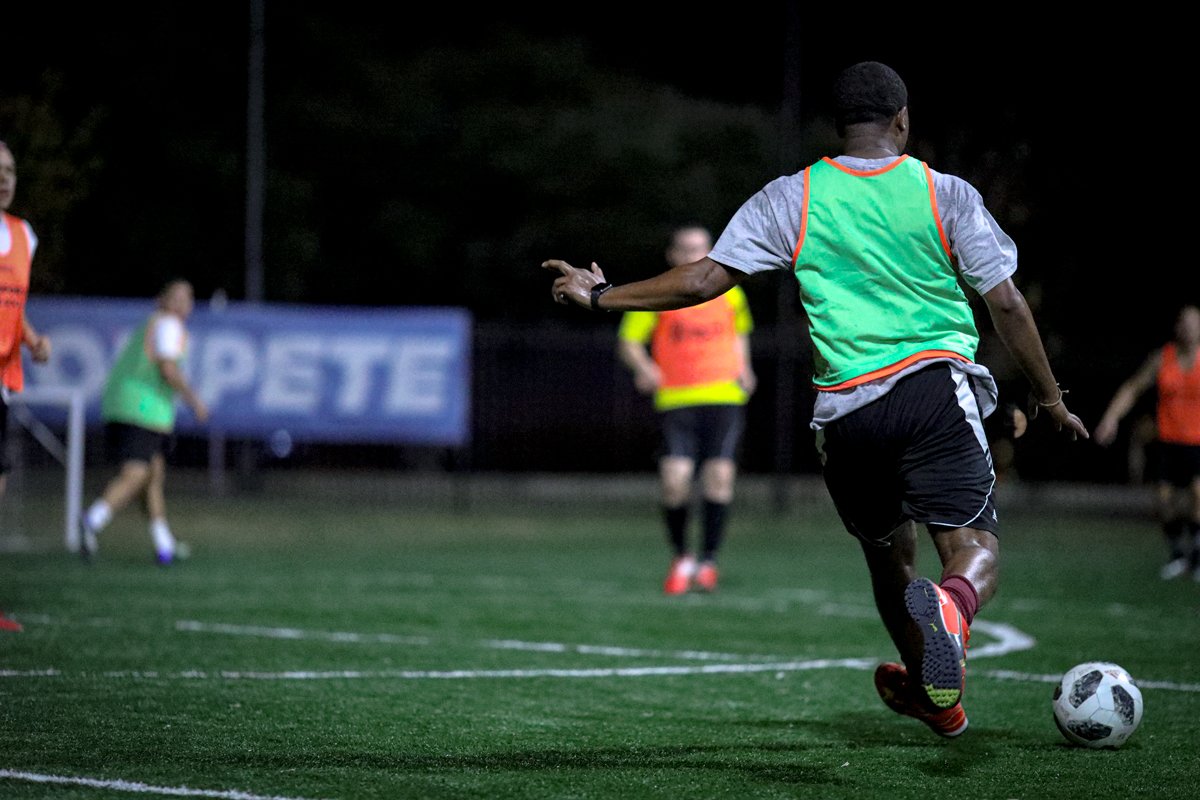