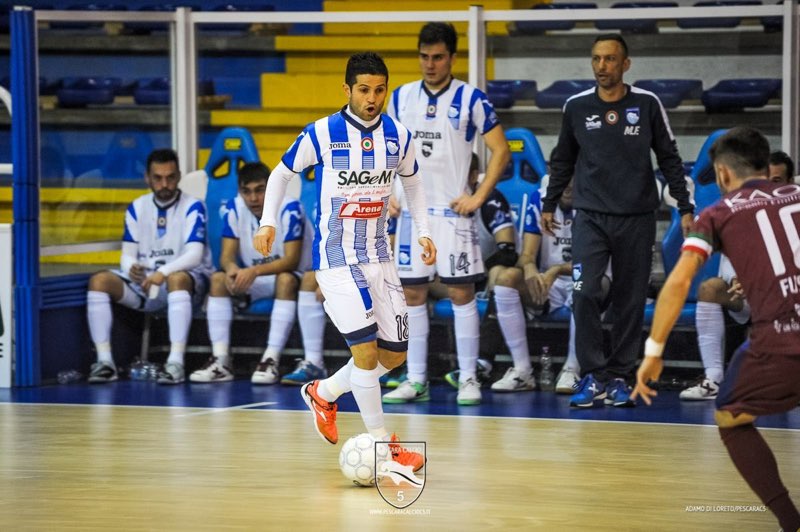 Where are you from and how where and why did you start playing Futsal?

I’m from Criciuma, Santa Catarina, Brazil. I started playing futsal as a kid in school where I studied and played soccer. At first, I played futsal so I could get extra touches on the ball to improve my soccer game. But I realized that I enjoyed playing futsal more than I did playing soccer because I had more contact with the ball, and started having a preference for playing futsal over soccer. When I was 11 years old I was offered a spot to play on a team in a Futsal Club called Anjos Do Futsal and played there until I was 17 years old.

When did your professional career start?

I was 17 years old when I was recruited to play professionally in Italy, was offered a pro contract and off I went and ended up playing professionally there for the following 13 years.

Which teams did you play for? Any renowned players you played with or against?

I played on seven different teams throughout my career in Italy: Vesevo, Montesilvano, Real Rieti, Pescara, Pesaro Fano, Feldi Eboli, and Tombesi. I had the privilege to play with teammates of the caliber of World Cup Champions Cristian Borruto and Leandro Cuzzolino, Brazilian National Team player Betao, and Italian National team players Saad and Gabriel Lima. I also played against great players like Barcelona FC and Brazilian National Team players Ferrao and Dyego

What were the highlights of your pro career in Italy?

I played in 2 Champions Leagues,  one FIFA Club World Cup, won an Italian Serie A League Championship, and one Copa Italia.

What is the state of Futsal in Italy?

When I played in Italy, the Italian league was among the top 3 leagues in the world attracting many quality foreign-born players mainly from Brazil and Argentina. So while their pro league is very good and there are many very good Italian-born futsal players, unfortunately, there has been a lack of resources for youth futsal player development, ultimately a key aspect of building a growing and sustainable futsal professional league.

Was your first experience as a coach also in Italy?

I coached the academy select youth divisions at Montesilvano for two years! I presented a project to create a futsal academy where we could develop futsal players. I had a very good experience coaching youth futsal and was able to show those players a path to playing futsal professionally. Many of those players I coached went on to play professionally and a few even played on the Italian futsal national team. My biggest success was convincing them to become futsal players and dedicate themselves to the sport. Just like here in the U.S. and almost everywhere else in the world, to make it in soccer is what all players aspire to, but discovering that the realities of becoming a soccer professional player are limited, find in futsal a way forward.

What prompted you to end your futsal career in Italy?

Two years ago while visiting my dad who’s lived here in the U.S. for many years now, I was offered a contract to play Indoor Soccer in the MASL I felt at the time that I was ready for a change, a new challenge, try something different and an opportunity to come and live in The U.S., something I had planned on doing someday anyway, so this offer basically accelerated that plan. I initially played for the Mesquite Outlaws for 3 months and then went to the Dallas Sidekicks where I’m getting ready to start my third season. 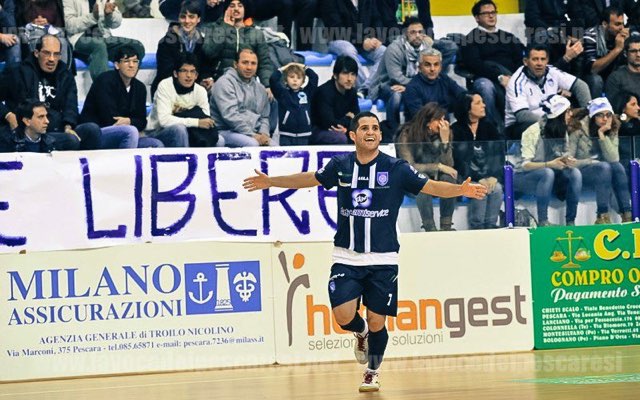 Were you aware of what was happening with futsal here before you arrived?

I really didn’t know much about what was going on with futsal in the U.S. but knew that it was a sport that was taking its first steps. Even though I was coming to play Indoor soccer, the sport I love is futsal, so as soon as I got here I researched what was being done with futsal, and that is how I came in contact with City Futsal.

What were you expecting to find vs what you discovered?

I was pleasantly surprised with what I found at City Futsal because my expectation was that I would probably find something very small and seasonal. Instead, I found an entire futsal organization and infrastructure that even many pro futsal clubs in Italy don’t have. A dedicated futsal space and coaches, and many teams and players playing the sport on a regular basis.

What are your objectives for Futsal now that you are here and a part of the City Futsal community?

My project involves keep growing the sport with City Futsal by offering opportunities to players 5 to 16 years old, and form and develop futsal teams to play in the local City Futsal Leagues, and in Regional and National Futsal Tournaments.

Which teams are you currently working with?

Why Futsal and what are the benefits of playing futsal for a soccer player?

The benefits of playing futsal are apparent and a testament to this is the great number of past and current world-class soccer players who played futsal during their youth. From skill development (passing, shooting, ball control), to quick thinking and game IQ (learning to play with the ball and without it), to being involved in the defensive and offensive parts of the game, to effectively learning the transition game: 3v1 – 3v2 – 2v1 – 1v1. Being constantly involved in the game and frequently touching the ball,  are all reasons why playing futsal is beneficial. The most important benefit is that it is fun.

Do you have a coaching philosophy or system?

My coaching philosophy is a mix of what I’ve learned and experienced over the years as a player and coach, but in summary, it is a combination of the technical quality and creativity drawn from the Brazilian system, with the organization and tactical discipline of the Italian system.  This means that when my teams have possession of the ball, to focus on quality passing and movement, and when we are defending I look for being organized and aggressive, I don’t like it when a player is soft defensively. I’m a believer in preparing set plays because I think they are very important in determining the score in a game, particularly in tight games where executing one or two set plays translates into a goal or two, and good defensive organization prevents goals against.

What is your goal for the futsal teams you form?

Futsal is growing and evolving rapidly in the US with many quality coaches dedicating more time to it, so my goal is for my teams to keep developing and prepare for a level of competition that is continually increasing and keeps getting better.

Futsal isn’t freestyle, you need to have a game strategy planned prior to a game to execute, with a Plan A,  Plan B, and Plan C in mind. Futsal is a very sophisticated game and a technical game.

We can only achieve this with dedication, training, and constantly competing in our local leagues and playing in Regional and National tournaments, and once we reach an even higher level, prepare to compete internationally as well.

Now that you have been here working for over a year, what is your opinion of the state of Futsal in the U.S.?

These are exciting times for Futsal in the US, and the future is bright. This year the Men’s U.S. Futsal National Team was a finalist in the CONCACAF Futsal Championship and won a spot in the upcoming FIFA Futsal World Cup in Lithuania. There are also advanced plans to create a professional futsal league in the near future giving current and future Futsal players in the U.S. a reason to dedicate themselves to this beautiful game. 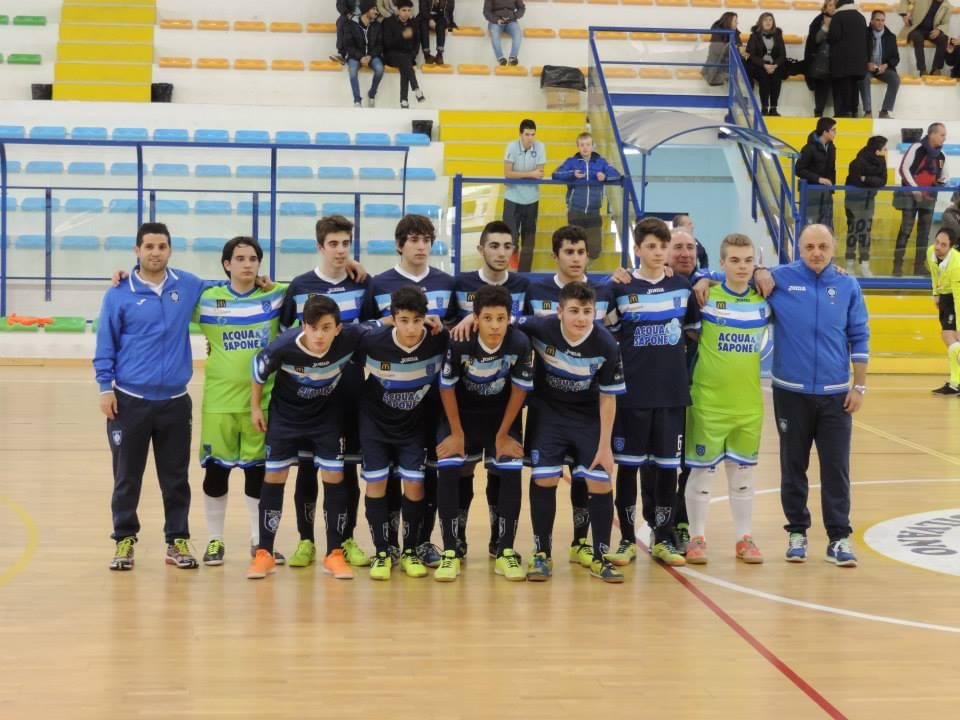 You can get more information about Diego’s classes and teams by contacting him via email at diego@cityfutsal.com

City Futsal’s mission is to promote the game by organizing futsal leagues and tournaments and giving resources to coaches interested in training and coaching futsal.